A tourist in Serbia 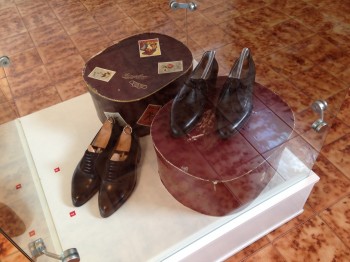 Many museums around the world are high tech and interactive, challenging visitors to think again about important themes and concepts and offering fun exhibits for the children. Others are dry and boring. Holidaymakers often feel obliged to visit places they would never dream of entering at home and end up regretting it. But, if you’re ever in Serbia, try to drop by the House of  Flowers in Belgrade, even if you have only a passing interest in Josep Broz Tito, the communist leader who successfully held the Balkan countries together in the unified Yugoslavia from 1943 until his death in 1980. It tells his story but you won’t find a dry-as-dust academic analysis of the history of the times or a detailed account of his ideology (phew!). Instead you can marvel at his suits, ceremonial uniforms, a few pens and spectacles, some choice pieces of furniture, an assortment of gifts from world leaders and, of course, his shoes. It’s all a bit tongue in cheek. His fondness for global travel with his wife, grinning with presidents and prime ministers and taking thousands of photographs of the highlights is rather endearing and he’s cheerfully called a ‘hedonist’ in the displays. You can buy t-shirts, a metallic bust of the leader and magnetic postcards of the sunbathing Marshal. And, of course, there is his tomb. Definitely a highpoint of my trip.